As I mentioned in my intro post, my first cut-down carbine has morphed into a couple of projects. Here's the first. As I read and learned more about the history of the Krag I got interested in the Philippine Constabulary carbine. I have a family connection to the Philippines: my grandfather was a Scout starting in the 20's and through WWII until he retired from the regular Army in 1953. Although he was a Coast Artillery officer and would not have been issued a rifle or carbine, I've tried to focus my long arms collection on models that would have been issued or still present in the inventories of the Scouts, Constabulary and Philippine Army during the period he served.

So, since my starting point was an already modified rifle, I figured I had no collectibility points to lose by turning my S-K into a PC carbine repro. I had located an original carbine barrel and put that aside until I could find someone to turn down the muzzle. I also, unbelievably, found a pristine PC/school rifle stock on eBay and jumped all over that. As I mentioned in my intro post, the rifle came with a 1901 rear sight and I was able to find a 1901 handguard, cracked but still serviceable. Here it is so far - work in progress, still with the cut down barrel and S-K sporter front sight. 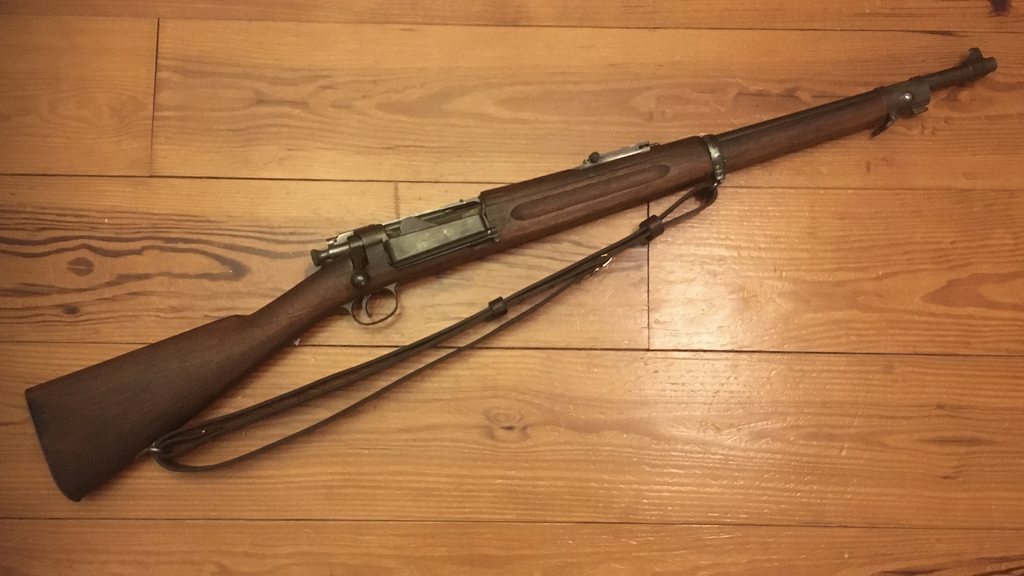 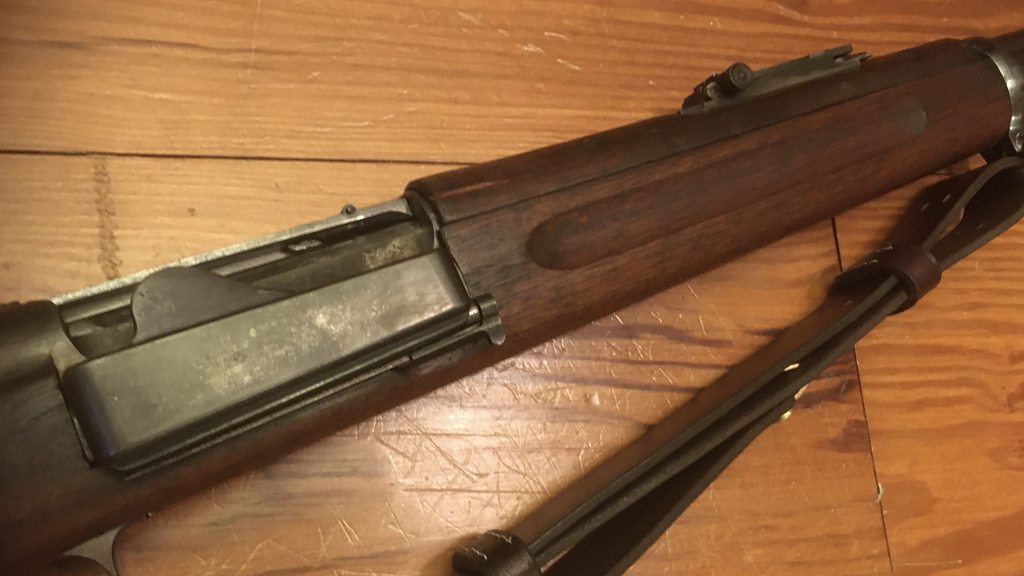 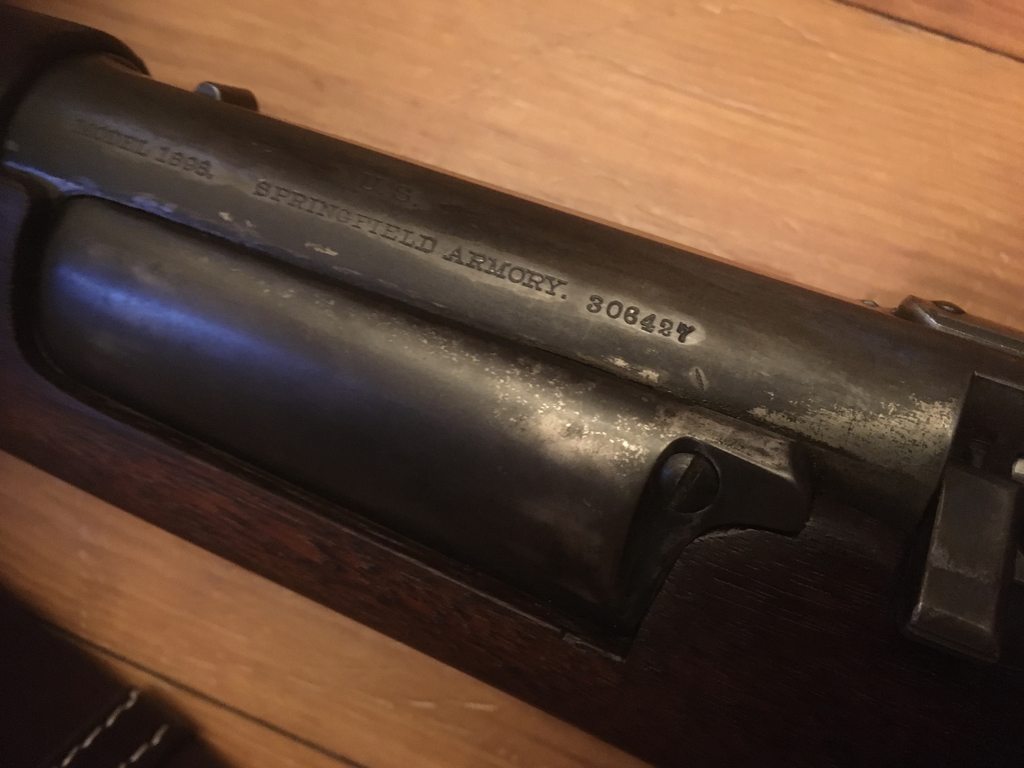 The history of the PC carbine is a bit cloudy. Some sources say that the work was done at Springfield Armory, some attribute some of the work to Benicia, and others say that most, if not all were converted at the arsenal in Manila. It's also unclear whether they were all based on Model 1899 carbines or if some 1898s were also in the mix. I suspect if work was done at Manila arsenal, it's entirely possible that rifles already in the Philippines were also cut down into carbine configuration. It's also not clear if all of the PC carbines had the same rear sight, and I've seen references to both 1901 and 1902 sights being utilized.

Fun project so far, and I've been learning about family and Philippine history as well as about the Krag. Next post will be carbine project 2 which came about from some interesting finds while looking for parts for this one.