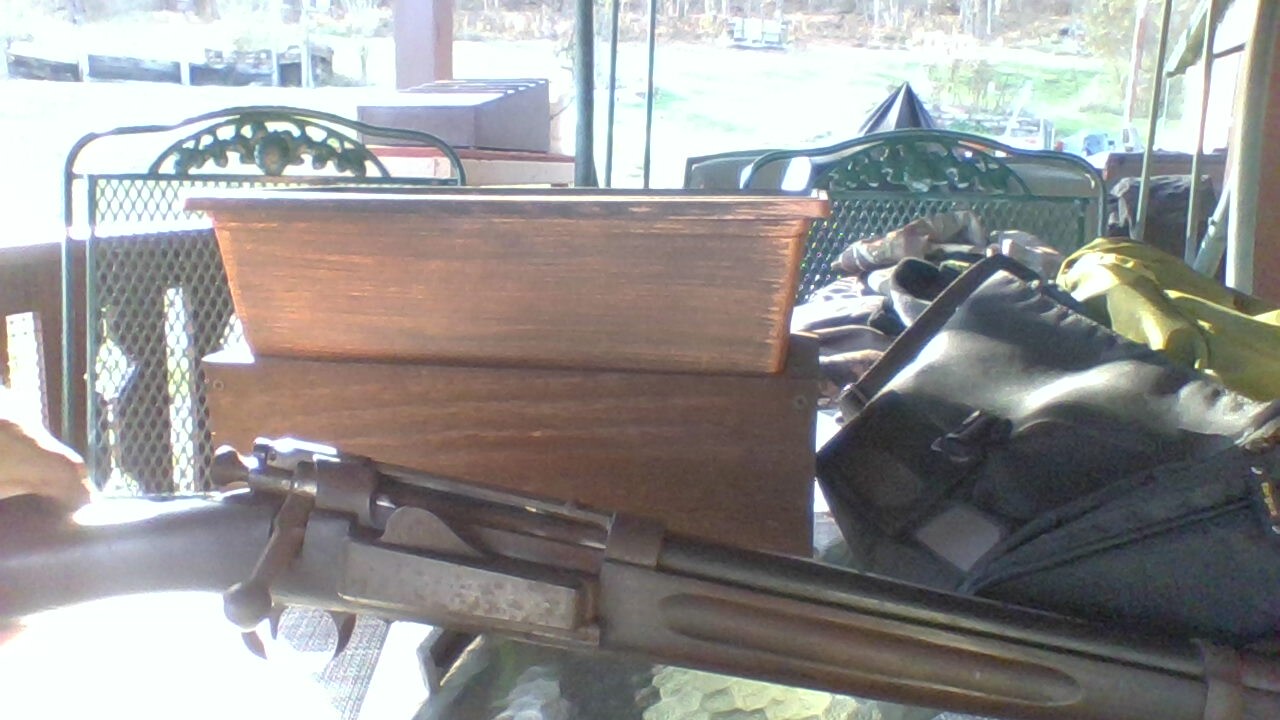 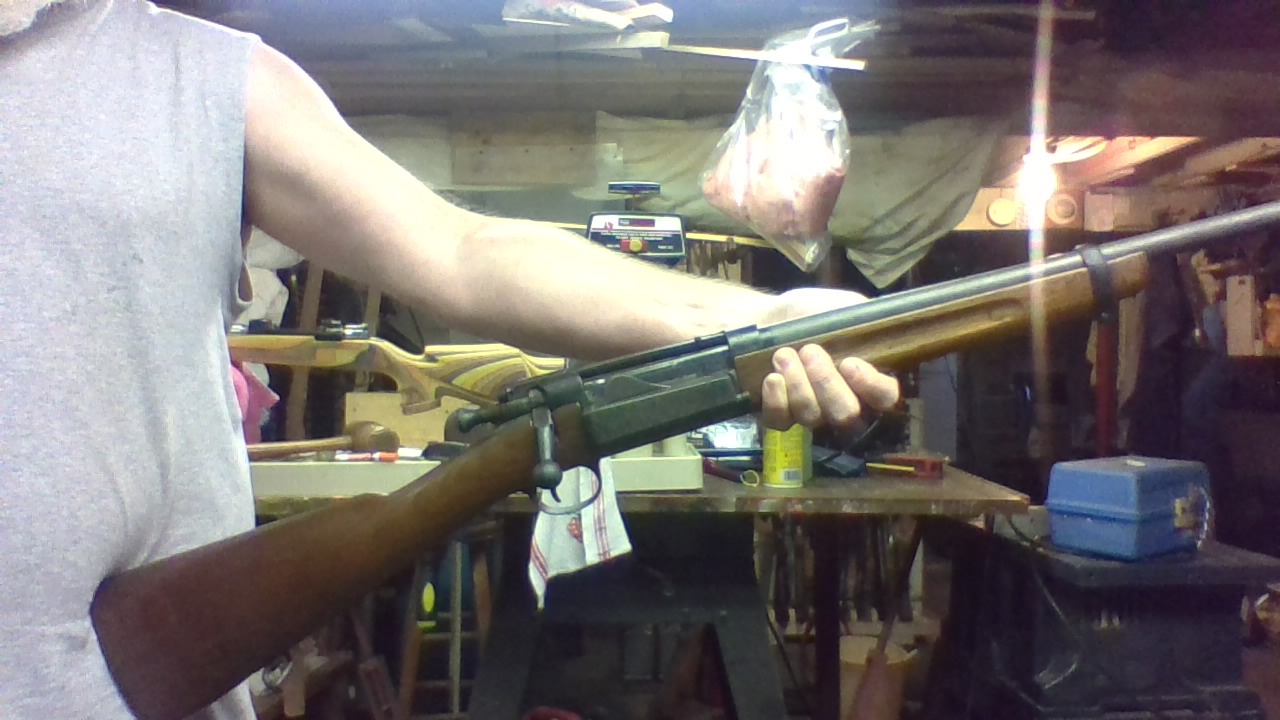 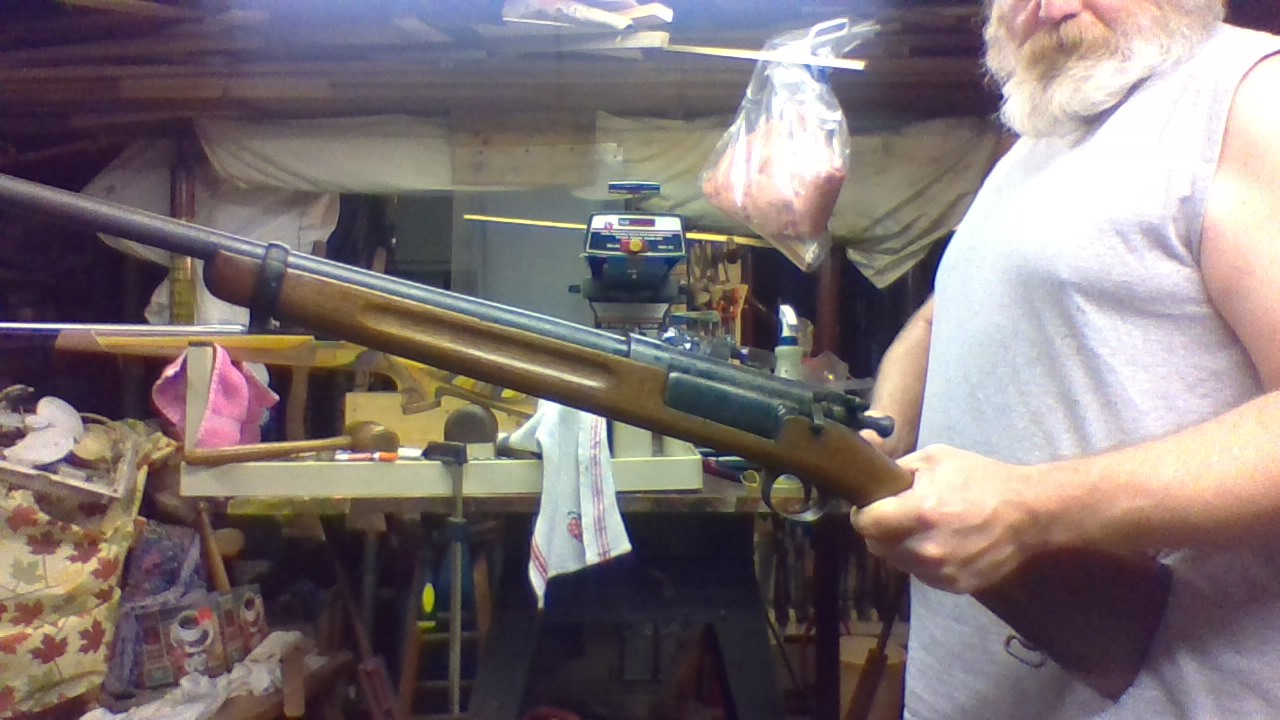 i got this krag last year sometime for $125(i think). it was all rusted up, so i got evapo-rust and a 4" pvc pipe with a 4" plug. i stripped her down and i put in the action/barrel in evapo-rust overnite. then i put in all the parts and pieces into a plastic bowl filled with evapo-rust. the next day i took them and i scrubbed or brushed them off and i put them back into evapo-rust. the next day, they were clean. the next step was brownell's oxpho blue and a hair dryer. it was a pain to do action/barrel(only one coat), but cold bluing the parts and pieces(3 or 4 coatings) was a snap. i put them back together with the stock and back into the safe.

a couple of months ago i did the stripping of stock no. 2(citristrip). then i did the sanding, bartley's oil wood filler, sanding, 7 or 8 coats of minwax antique oil and finally johnson's paste wax. i put it back together, photo'd it and then back in the safe. 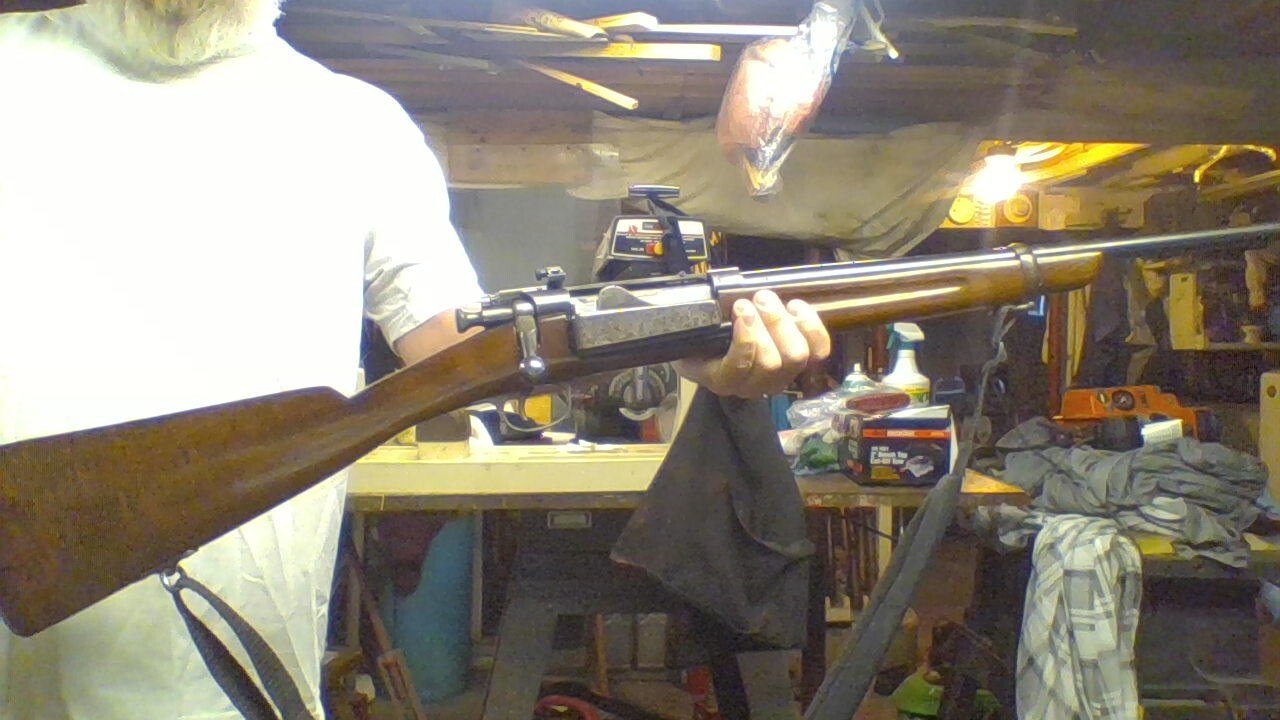 I am not used to seeing a fully blued Krag, sort of unnatural. Still it is nice looking and reflects the hard work you put into it. On the finished Krag it is hard to sort out the back ground clutter but it looks to me you do not have a rear sight yet?
On number 2 any possibility you could go with 35/40? Bullets will be easier to get with ones meant for 35 Remington giving real good performance with the extra 100 to 200 FPS velocity. Dies and reamers will be easier to locate if the bore will clean up at 35.
I maybe all wrong but I think most 9.3 rifles use bullets designed for higher velocity, I would think hunting with them would give you less expansion and greater penetration at Krag velocities. Depending on what you hunt that could be a good thing or not. Parashooter may have better insight on this.
Top

Anybody, who's been down that rusty road, knows how much time and effort it takes to clean up a rust bucket firearm.

In my experience, that makes for a good shooting rig with a decent front-sight blade.

Nice job on the exterior metal and wood!
Top

its a redfield 102k sight and i have a 1903 front sight(?). its killed 13-15 deer(my oldest son and i). the first year i used it, it had an original rear sight. i killed a doe at 93 yards but i had a hard time finding the front sight. the rear sight was too small of a notch. the next year i had a redfield no drill 102k aperture sight that i bought off of ebay for $40-50(i think). i just plain forgot about the aperture sights. i used and loved them in the US Army. when i was i done(1998), my love affair switched to scopes and i just plain forgot about peep sight. now i have them(old lyman and redfield and new williams) on my win m94, 98 mauser, 91 mauser and the krag. 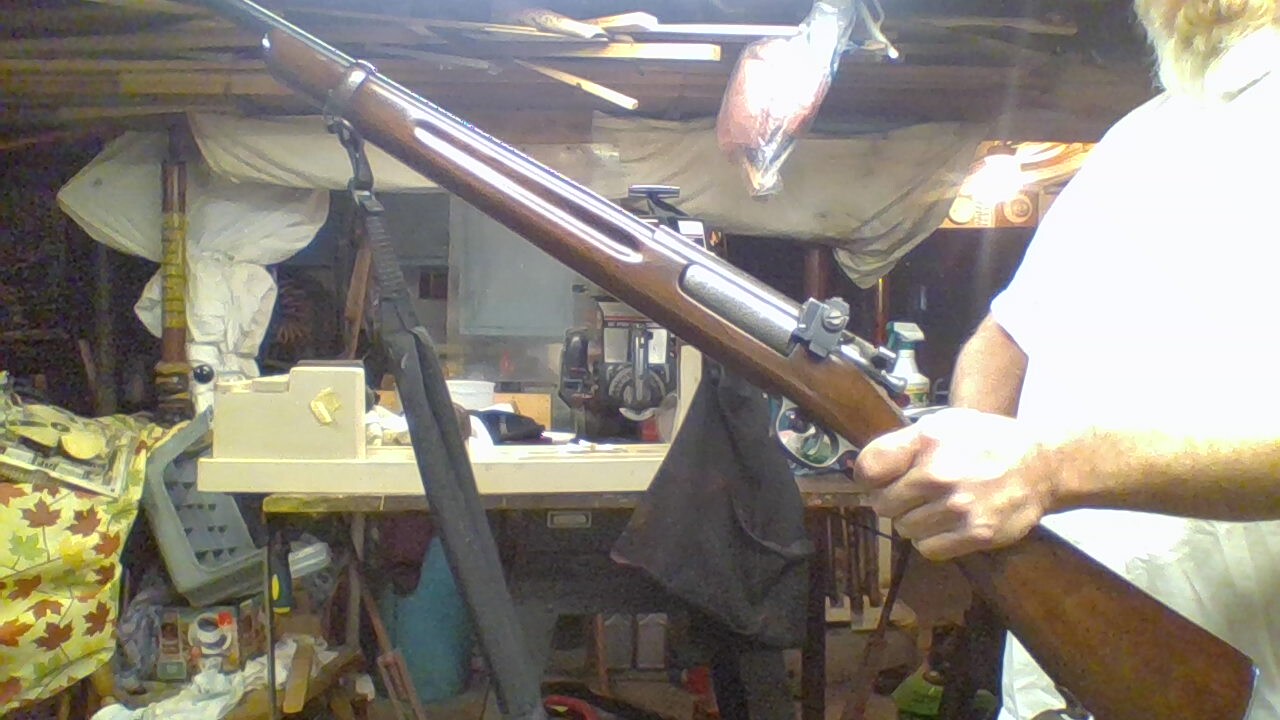 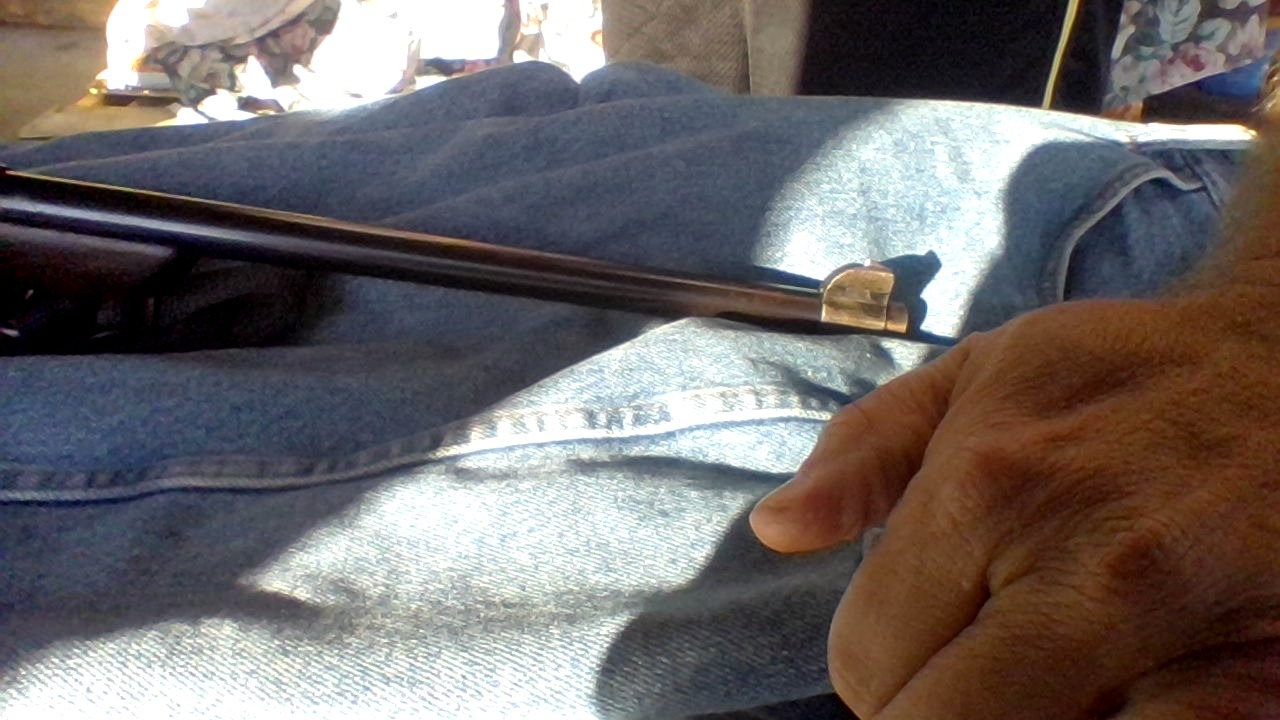